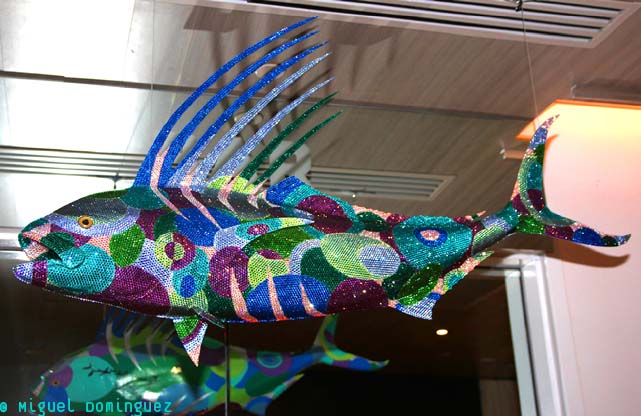 With an opening party on November 30th at The Out NYC Hotel, Artist Kevin McHugh unveiled his new Pucci-inspired sculpture collection of fish and shark sculptures adorned with Swarovski crystals.This new collection, a six sculpture assemblage, pays homage to McHugh’s other muse: the world of fashion. McHugh, along with Patricia Field and Danny Tenaglia, hosted


The collection debuted in New York City in an exhibition with the support of SWAROVSKI ELEMENTS and Avant Gallery. It remained on display at The Out NYC Hotel, located at 510 West 42nd Street, from November 30th to December 2nd and was open to the public, after which it went to be showcased at the Avant Gallery in Miami for an Art Basel presentation.

McHugh, who is well known on the nightlife, music and fashion circuits as a talent manager, has been crafting hand-sculpted fiberglass fish and sharks in his East Village studio for the past five years. These pieces are then brought to life with leather, pearls, silver studs, and most recently, Swarovski crystals. Each one-of- a-kind piece takes an average of four months to create and bears 40,000-60,000 Swarovski crystals, all hand placed to create a mesmerizing replication of the subjects McHugh is ever captivated with. 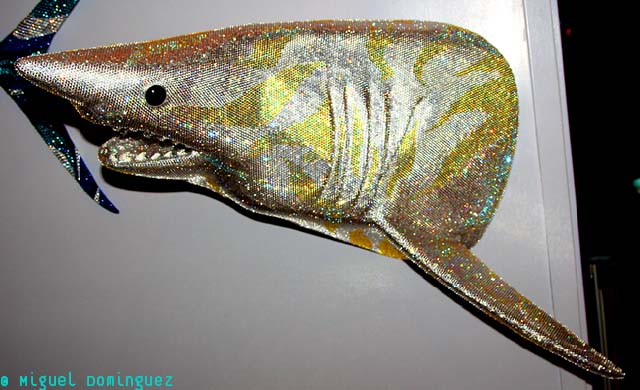 As a child, Kevin McHugh’s first encounter with his creative inspiration was with his father, who often took the family on fishing expeditions. A growing love for the water, and the creatures that lived within it, was further fostered when a gift for his father, a bottle of Avon cologne, was ornamented with a graceful billfish. It was at that moment that Kevin McHugh recognized his own fascination with the beauty of such sea creatures, and where his career as an artist began to unfold.

As conservation has been a forefront focus for McHugh since he began sculpting, a portion of the proceeds from this new collection will benefit the Billfish Foundation. Commercial fishing fleets are over-fishing billfish, and McHugh has made a commitment to donate a portion of all sales to organizations that promote billfish conservation in hopes that he can make a difference. 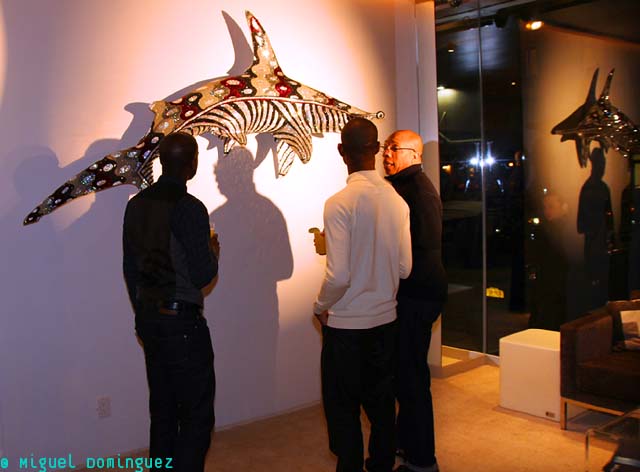 Fans of McHugh’s work include Patricia Field, Wendy Williams and Danny Tenaglia, and his sculptures can be seen all over the world, including at The Cove Atlantis and at the Cafesjian Center for the Arts in Armenia. 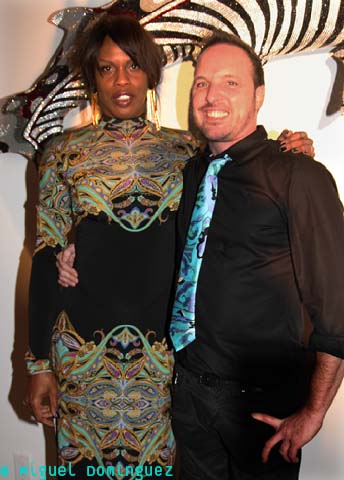 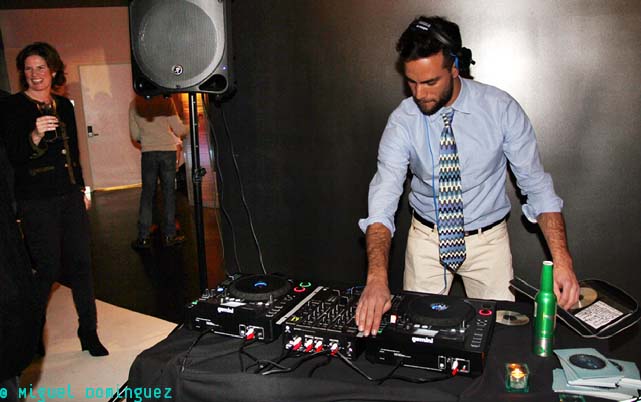 To See More Photos of this Event, CLICK HERE