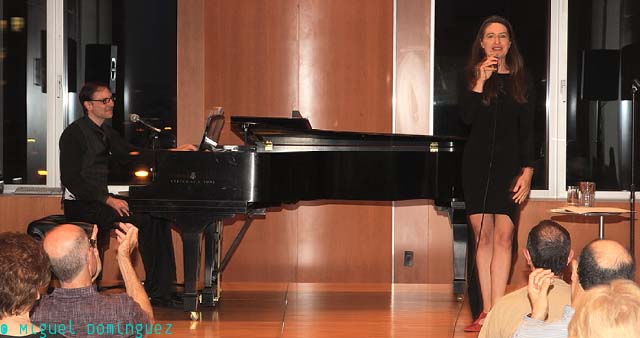 The German Consulate General presented on September 11 a concert by German singer/songwriter Gesine Heinrich in order to celebrate The Élysée Treaty of 50 years ago, also known as the Treaty of Friendship, established by Charles de Gaulle of France and Konrad Adenauer of Germany on January 22, 1963 for reconciliation between the two countries, in which Germany and France established a new foundation for relations that ended centuries of rivalry between them.

Gesine composes songs in five languages: German, English, French, Italian and Spanish. Her works include love songs as well as philosophical ballads which range from classic to pop, from jazz to chanson, from folk to film music. To celebrate the 50th anniversary of the Élysée Treaty, she performed some of her original songs in German and French, as well as classic Lieder and chansons by Barbara, Edith Piaf and Brecht/Weill. 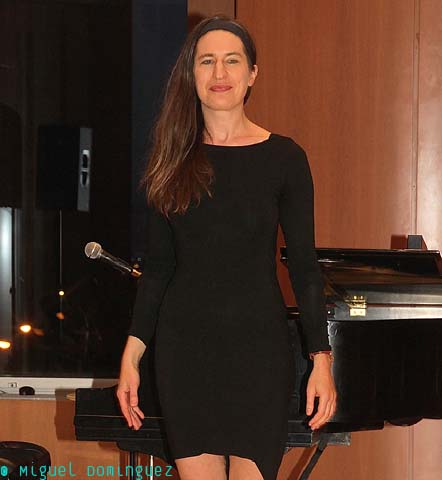 Gesine Heinrich, born in Bad Salzuflen, North Rhine-Westphalia, studied Philosophy and German Language and Literature in Munich and Freiburg. While earning her M.A. degree, which culminated in a thesis on Immanuel Kant’s Critique of Judgement, she studied voice and drama in Freiburg, Berlin and New York City.

Since 1999, Ms. Heinrich has been working as a writer, director, moderator and actress for ARD – the German Radio & Television Network. Currently she hosts a regular radio show calledSWR2 Musikpassagen. 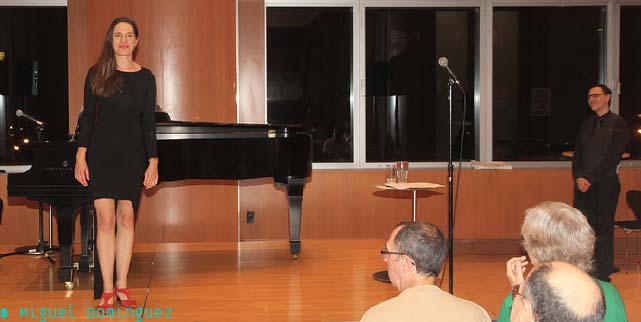 Since 2001, she has been performing internationally as a singer, actress and songwriter with a variety of solo shows, among them The Threepenny Opera for one female voice and two male handsafter Brecht/Weill in which she plays and sings all characters and What is this thing called love? – Weißt du vielleicht, was Liebe ist? American Standards of Swing & Blues by Cole Porter, George Gershwin, Van Morrison translated into German by Gesine Heinrich. Her wide Chanson repertoire includes Weimar-Austrian Cabaret Songs, French Chansons as well as her original songs which she writes in German, English, French, Italian and Spanish.

In 2007 and 2009, Ms. Heinrich accompanied the Austrian author Daniel Glattauer on his reading tours as the voice of Emmi Rothner, portrayed in his novels Love virtually and All seven waves. In 2011 she gave her New York debut at the Cabaret-Club Don´t Tell Mama performing her solo show with original songs. Since then she has been performing at Birdland, 54 Below, The Metropolitan Room, The Kitano, Lenox Lounge Harlem, Village Underground and Ashford & Simpson´s Sugar Bar. 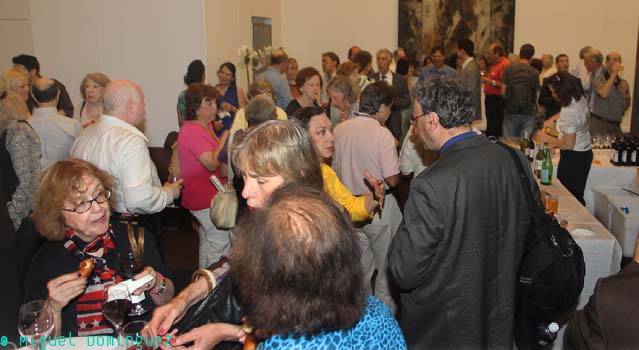