Born in 1975, Klaus Enrique grew up in Mexico City. Having studied Genetics at the University of Nottingham, England, and receiving an MBA from Columbia Business School in the City of New York, his working career was spent as a freelance IT consultant before Enrique turned to photography, which he studied at Parsons and at the School of Visual Arts. In 2007 when his portrait of “Mother & Daughter” was short listed for the Photographic Portrait Prize at London’s National Portrait Gallery, he began to receive worldwide attention. Klaus also has been short listed for other works by the Newspace Center for Photography, National Geographic Traveler, the Photography Masters Cup, and the Art of Photography Show among others. In 2011, Klaus Enrique was the winner of the prestigious Curator Award/Emerging Artist of the Year for Still Photography, by Photo District News. His work is collected by a growing number of public institutions and private collections. Enrique is represented here in New York by Robert Burge, Twentieth Century Photographs, LTD. and currently lives in Mexico City. 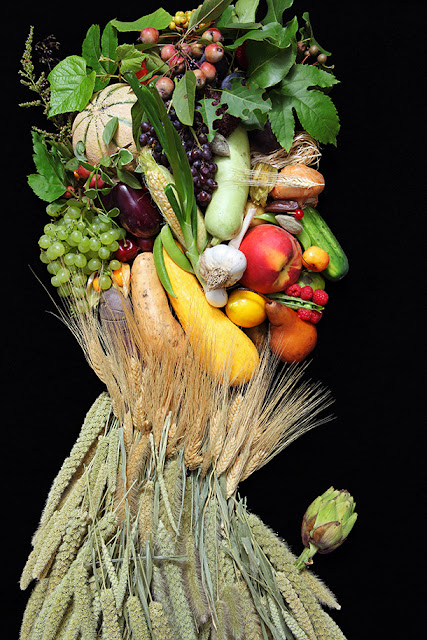 While photographing a human eye peeking out amongst hundreds of leaves, it occurred to Klaus that leaves could be used to construct portraits or masks. He researched what other artists had created along these lines and discovered that, as usual, someone somewhere had already done something similar. In this case it was the artist Giuseppe Arcimboldo, who made paintings with this concept in mind over 400 years ago. 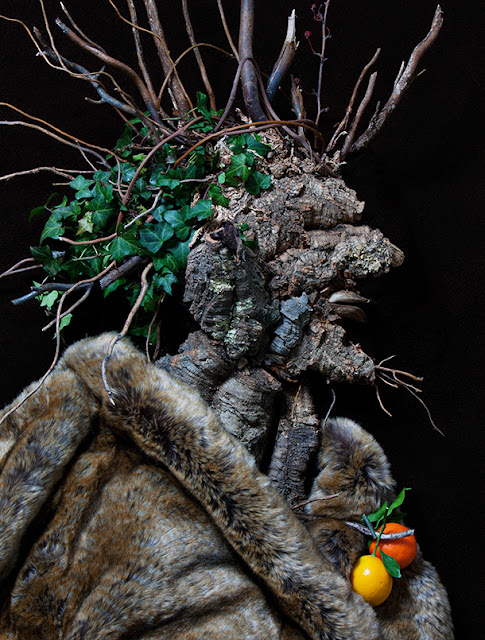 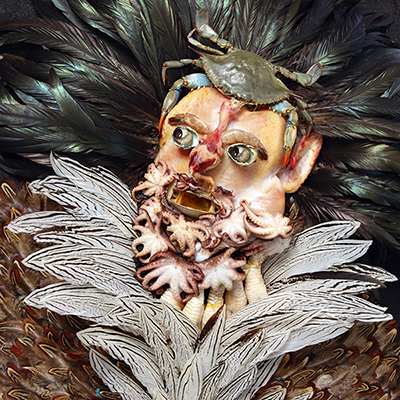 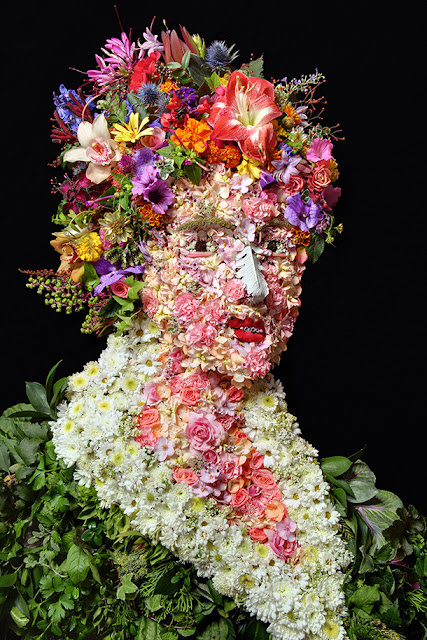 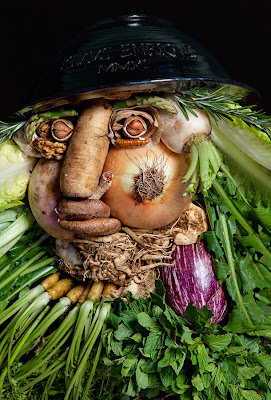 Making each sculpture takes about three days, and is a bit of an emotional roller coaster for Klaus. In the beginning, he is very encouraged to see everything take shape. However, once the work gets further along, there are inconsistencies when compared to the original paintings. For example, in one of the originals the nose is a small, yet perfectly shaped pear. When Klaus was unable to find a suitable match for his photo, he decided to substitute the pear for a small sweet potato. 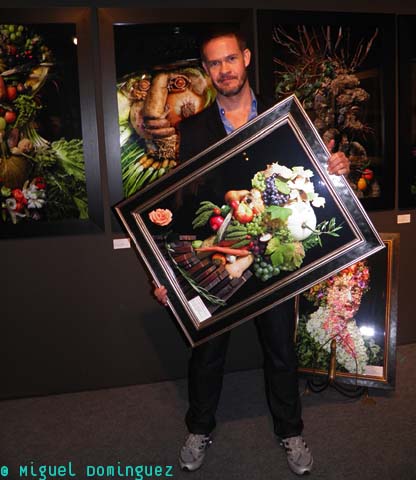 To read article on Klaus' Gallery exhibit on October 16th, The Reaping, click here.
Posted by Unknown at 4:09 PM